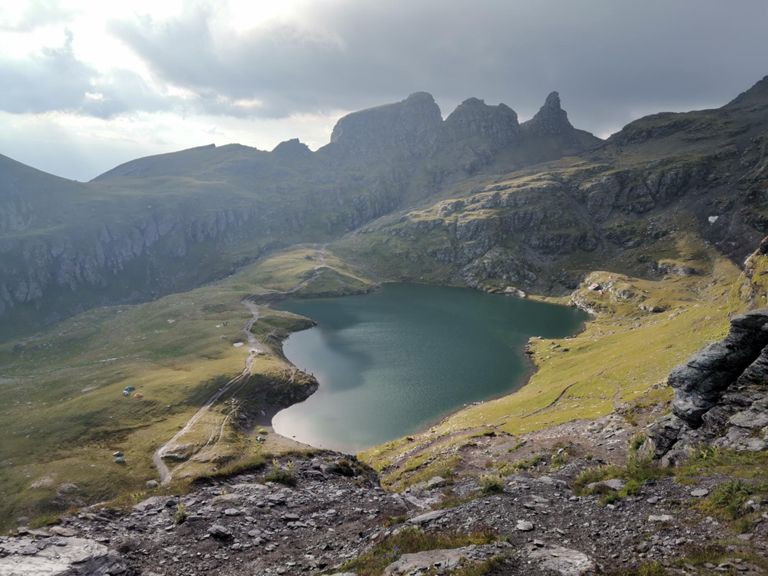 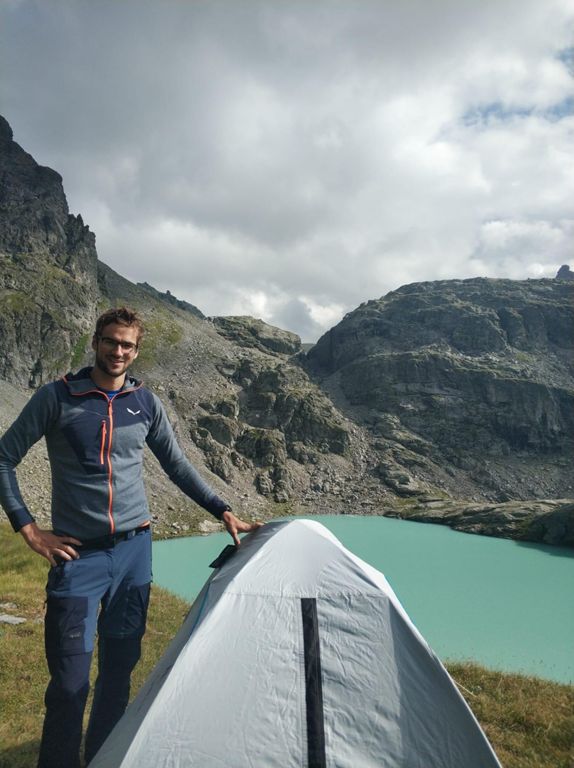 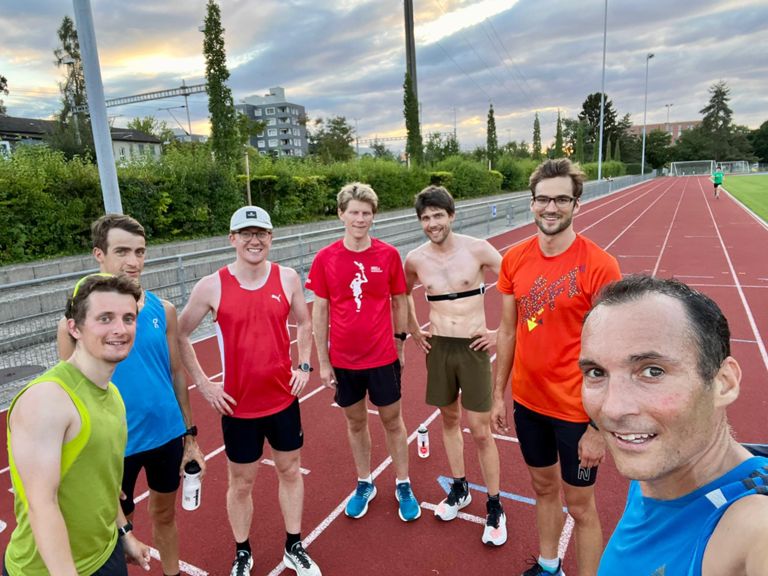 There are races that come with big expectations. Road to Roth is one of those journeys. After facing the myth that was Patrouille des Glaciers not long ago, Challenge Roth was a big one in the bucket list. Known to be fast. With a stacked field of pros ready to send it. Grosses Kino.

While Daniel was impressed of my swim abilities in the last training, I wasn’t really. I swam a lot less this year than usual, and it is showing a little. My bike performance in training was good, and while I couldn’t really show it in Rappi (mostly due to running a long run a week before, knowingly prioritizing the marathon in Roth to Rappi), I felt confident about it. And I have finally the mileage build-up that was lacking at other long distance to conclude with a great marathon.

The heat predicted isn’t really frightening me. I’ve heat-trained this season, and Rappi in the exact same conditions went very well for my standards.

We arrive with Jamie on Thursday evening. Briefing done remotely in the car. No supertuck allowed, and Jan Frodeno asks whether ‘we will forbid riding fast now? … seems a bit ridiculous’. The mentals games are on, and for sure the race will be fast from the gun.

Our fantastic hosts, Johannes and Anne, welcome us to the small and welcoming city of Roth. They did everything, from giving tips on the course, telling stories of the race history, cooking the perfect carbo-loading meals, to sending their kids Ines and Yann as volunteers on race day. I was told Roth lives for the Challenge, and it shows!

Our hosts, and the surprise sign on race morning.

I still do a little jog, some pre-race kilometers on the bike, and rack the weapon in T1, close to the swim start. One last sleep, and we’re off!

On race morning, the temperature is still a little chilly, but surely ramping up. 31 degrees forecast for the afternoon. Swimskin swim, neoprenes only allowed for the AG. The water is warmer than the air, and feels nice to me (some will later complain it was too cold…).

I get to the start line in-between Maurice Clavel and Sam Long, relatively far to the center of the canal. As soon as the gun goes, I sprint to the front, but notice that Maurice is much faster, and on the right, some supersonic beam has gapped the whole pack by the 50m-mark already. Jan is unsurprisingly trying to put his stamp on the race. Maurice will rejoin him roughly 200m later, I squeeze in in front of Sam, but no way I can hold these feet. I’m already lactic, we’re barely 5min in a 8h+ race. Lots of people around, I try to get in a group that swims my pace. It takes me a while to recover from the starting effort. I’m not feeling super fresh. Around the turn-boy we have a decent delay on Maurice/Jan, and the first pack behind them. I start to find it easy, almost a tiny bit slow. I try to overtake once but will not manage to up the pace, and reset myself to the back of the second group. Sam, nicely recognizable with his pink cap, is always on my feet or those next to me. Another guy is a lot more annoying and continuously drags his hands on my ankles. I kick a bit more for a while, which he somehow takes as an opportunity to come even closer? I guess my (unvoluntary) Achille’s heel in his teeth was also noticed by him, as it seems to slow down his touching (seriously, how close do you want to be? foot-to-teeth is likely hands way up to the knees or so…).

Towards the later parts of the swim a boat catches up to us. That’s a sign we’re getting chicked by Fenella Langridge and Rebecca Clarke. Our group splits into followers and others. I was maybe not as easy as I thought, since I’m rather in the slow ones then. I catch a glimpse of Jamie on the sides of the canal just before the exit. Swim exit from the canal.

Quick look at the watch, over 55min. Not great, but also not a huge amount of lost time on the planning.

After a smooth transition where I overtake the women again, we climb on the bike side-by-side with Sam Long. The bridge is packed and after putting on my shoes I decide to ride for a bit in the group of 5 that is behind Sam. The pace is clearly too fast for me for the 180km, but possibly I can make up some time now? First km on the bike.

The course is fast, but not flat either. Rolling hills which I need to push through to stay with the group. 300-340W seems to be the norm sometimes, and not the exception. After 17km, 265W avg, on the third climb, I decide that I should restrict my excursions to FTP and let them go. I almost regret it when I see that two others have also dropped off a few kilometers later and they ride just slightly faster than me. Sam on the other hand has upped the pace and gets quickly out of sight.

Until km 32 I ride alone. Fast roads towards the south. As someone comes from behind I pick their pace and we slowly reach the hill of Greding. We have a good power on the long drag uphill that follows the short steep part. We reach one of the two that went off ahead. Jesse. He’ll be close to me until the finish line… Solarerberg approaches now. The right turn in Hipoltstein and the legendary sight of barriers that suddenly disappear and leave space to a mass of people only. Where the road goes is unclear. I’m at 360W, smiling, my ears’ tinnitus hurting a little, almost bumping into a photograph sitting down (how should I know I’m deviating from the centerline?). Jamie is shouting to my ears from 1m, but I missed her. So crazy. So worth experiencing. I watched the Alpe d’Huez etappe last week and thought about Solarerberg.

Towards the end of lap 1 a group catches us from behind. Clearly not all legally drafting here as some overtake me freewheeling while I put 240W, but most doing their best to sit at 12m roughly. I stick with them. As we overtake many relays that just started their bike, the placement is not always easy. Second, or often third column, being very careful about people jumping out of their line to try and get a ticket for the pro-train… The rhythm gets again wild, sometimes someone attacks and tries to leave alone, but most respond and follow, sometimes nobody wants to really take the lead or push through some of the tighter sections of AG/relays. I sit towards the back. Some efforts here and there to not get dropped, but also more relaxed that I know I respect the rules easily when a motorbike comes by. Even though they seem to care more about someone opening a gel, and where they will put the trash, than measuring the distances between riders.

I make a bit of a surge around Hipoltstein, both at the entry and exit of it. Some of the more tired people drop off. But we’re easily 5-6 reaching T2 together. Time to run! I take the last few kilometers very easy to refuel a little, while some seem to push to get the Garmin jsut above 40km/h average… After T2, we start with a steep downhill kilometer in sub-3’30 pace. Three people talking next to me: ‘How do you feel?’ ‘I’m good. Thanks for the ride together.’ ‘My quads are destroyed.’

And here I am, next to them, painstakingly following with side stitches. The extra fuel at the end of the bike, combined with more fluid from my T2 bottle, and the downhill was too much. I need to slow down. And not to their 4min/km pace slightly uphill, but more than that. I let them go, but promise to myself that they’re not actually better than me (ok, except maybe Ondrej, who’s yellow suit is almost disappearing already…).

I reach the canal, with the thought of giving up very briefly passing through my mind. But no way, I need to do this right! An aid station extra, finally some real flat sections, and I cross Patrick Lange in 3rd. Time to count, since I have no clue where I stand. I dare to guess around 18th. But the gaps are big, with nobody in-between. And so as I see the pillars of the canal locks, where the u-turn should be, with still only 9 people in the other direction, I start thinking: ‘Could I be much better placed?’

Indeed, soon I recognize the yellow suit of Ondrej, the orange of Jesse, and the pink of Nadal. All biked with me. I’m 12th. Really!? km 5, and I’m making plans on how to move to top 10… (also last look on the watch, what’s the point of aiming at a time when you can play the prize money?) I slowly catch Nadal, then overtake someone who’s walking at the aid station, and bit by bit reduce my gap on Jesse. By km 17 I overtake him. We’re still along this very long dirt path on the canal. Lots of sun, but completely flat and straight. Many aid stations, which are always good. Tons of water to dump on myself. By now I’m 9th, with almost no hope to bridge ahead of me. I just need to hold. Easier said than done when there’s 25km by 31 degrees to run, with pressure from 3 concurrents in the 90s behind me…

A little after the half-marathon mark Jesse is back on my feet, and briefly ahead of me. Jamie hands me the last gel and shout ‘9th!’. I actually know I’m 10th there, but will move back to 9th, no other way…

I make a surge on km 25, and get a small gap again. I really can’t believe it. Johannes gives me time gaps, that I know by heart already. Coming back to Roth is a steep hill, but I expected it, since it is half of the start kilometer backwards. Once through the market place, where I cross Magnus Dietlev on his way to victory. The speaker says ‘can you imagine having 10km gap on top-10?’ … well thanks, I’d like to see you out there.

At km33 is the killer climb to Büchenbach, just after an aid-station. Head down, biting my teeth, and griding through. It doesn’t really flatten, but waves up and down to the village. And smells of merguez are prominent. One lap round the puddle, Maurice is definitely in as much pain as me, and we go back. Hard to let it roll down by km38. Oh well, soon the pain is over.

Entry into Roth again, Johannes says that the front is too far, but behind is still below 90s to Nadal. Can’t take it easy. But won’t let it come down either. I rarely digged this deep. The flowers handed onto the entry to the packed finish stadium make me realize: top 10 in Roth!!!

I spend a while to cool down, find Jamie again, get dinner with our hosts, go to the podium and fist-bump many of the best in this sport. An orange Rushteam tshirt in the middle of the world elite. Surreal. That was three weeks ago, and I’m still on a high. Couldn’t sleep properly for a full week, have not recovered completely yet. Drained out. But soooo happy. ‘Career achievement’ check. Onto the next one? 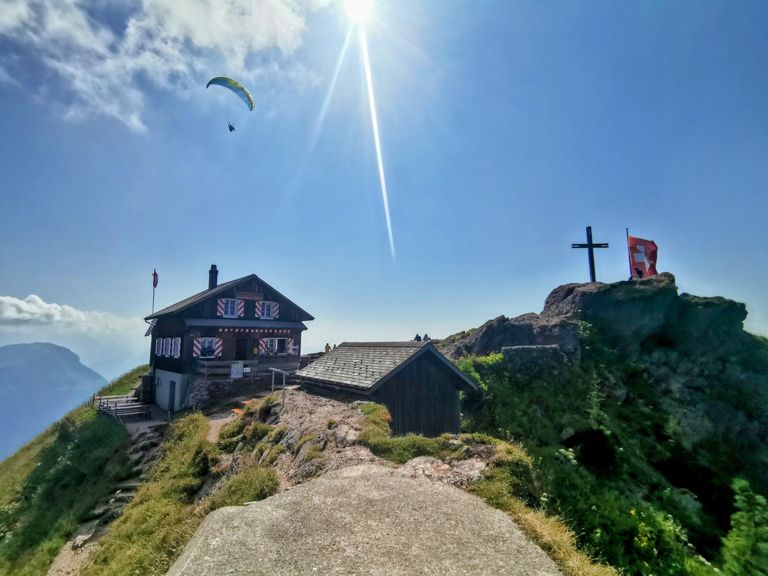